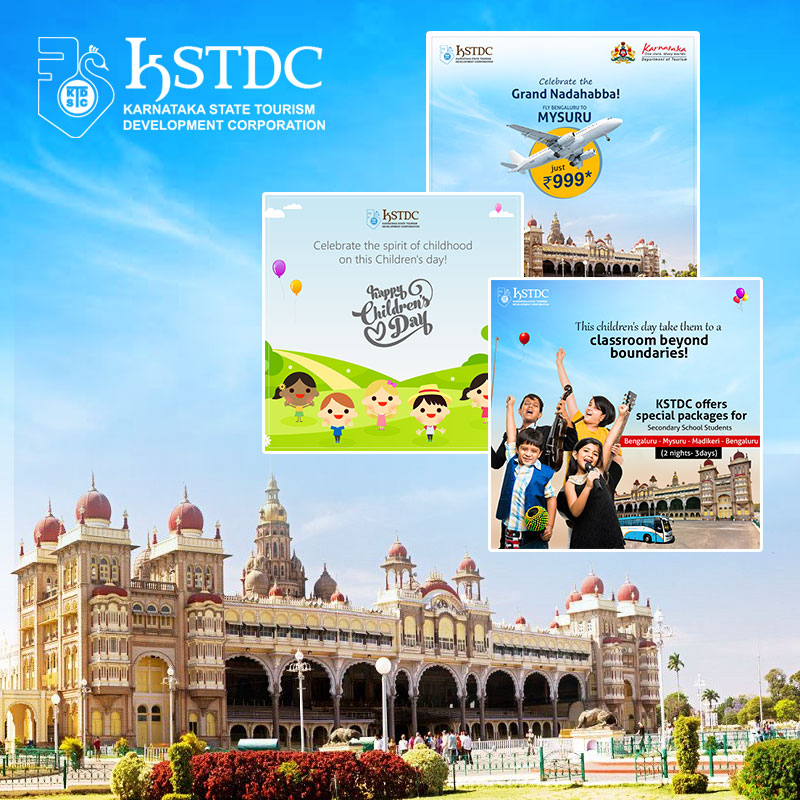 Context:
During the Dussehra festival, KSTDC, along with Alliance Air, started budget flights from Bengaluru to Mysuru, with costs starting from INR 999. This campaign was to be promoted through Digital.